Look out, there’s a pandemic… so of course, there’s a run on… toilet paper? Did you see the videos of the people fighting over toilet paper in Australia and clearing shelves like locusts?

After watching a few of these videos and seeing the #Cleveratti on twitter making noise about it, I decided to join in with my normal point about why I use a bidet.

Soon after, I got called out.

So I started thinking… Why don’t I start selling them?

So first, here is the same basic model I have. have:

This product is sold by healthproductsforyou, for which I’m now an affiliate. It is self-cleaning and features softer mist action water stream for feminine use and satisfying efficient water stream for posterior wash. This bidet connects directly to fresh water line and requires no battery or electricity. It is designed for cold water use, but I suppose it could be connected to the hot water line with the proper grade tube…but be warned, don’t burn your pooper!

Alright, this is just a post to announce that I’m selling bidets. I’ll be making some special pages and buying some urls, so if you think of good website names, comment below. I’ll make some more posts with some of the products I’m repping and will be featuring coupon codes and other special offers, so remember to subscribe to this blog for more information.

Oh, I’m not just selling bidets, I’m repping for healthproductsforyou now, so if you need any of the products offered on their site, ask me and I’ll do my best to find a deal for you if I can!

What is your reaction? 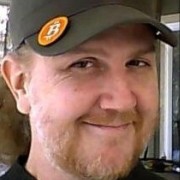 christopher
Originating in the Western Hemisphere at 33.71963, -102.75760, Christopher is a belligerent ex-Suburban-youth who was the only child of a public school teacher. He has traveled thousands of miles by car and by foot and amassed many lifetimes of perspective and has discovered that while some people may not, Universe rewards independent thought. Why is he belligerent? Because he wasted at least 25 years on the planet without understanding that the history, religion, science, and culture that he’d believed in are total lies perpetuated by minions of a *GRUNCH of Giants*. Christopher discovered the ‘Big Body Principle’ of corporate person-hood during the summer of 2001 via David Kubiak’s work at www.nancho.net. Using the same insight years later, Christopher recognized the decentralized, peer-2-peer Bitcoin Network as the first real solution against the *BIG BODY of Capital* corroding Earth's life support. Acting as one of Gaia’s Immunogentry cells and adopting the principles of Radical Linguistics, Christopher has been guerrilla-marketing and spreading viral messages IRL person-to-person from Houston, TX to Burlington, VT to San Jose, Costa Rica to Tulsa, OK and is glad to see some of the mind viruses start to aggregate and resonate worldwide in the Assertion of the Humans of Planet Earth. Christopher's biggest influences so far have been Terrance McKenna, Buckminster Fuller, Clif High, Max Keiser and Stacy Herbert, Damon Vrabel, Catherine Austin Fitts, Gore Vidal, Manly P. Hall, Scott Crow, and Satoshi Nakamoto. He now lives in Cuenca, Ecuador.
Previous

What do you think? We want to hear from you. Leave a Reply Please! Cancel reply

This site uses Akismet to reduce spam. Learn how your comment data is processed.

A Look Around the House